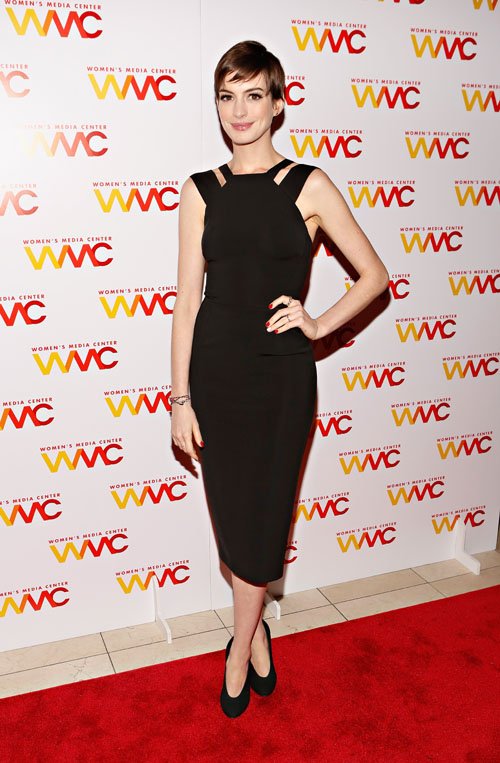 My friends and I have chatted a few times lately about how cool Victoria Beckham’s fashion line is. Who would’ve guessed that she, of all people, would have turned out to be a really good and talented designer? Her line is chic and modern. It’s also feminine yet still really cool. And love the zipper that appears on the back on many of her dresses. And yes, I’m aware that she probably doesn’t design many of the pieces but still – they’re good when most other celebrity line aren’t.

So here’s Anne Hathaway at the Women’s Media Awards in New York the other day. LOVE this dress. The collar detail is super cool and fresh. Way to make a simple black dress more interesting. And how flattering is it? So many women could wear this dress. You could dress it up more or leave it as simple as Anne does here. I maybe would’ve suggested cooler shoes – something with a super pointy toe and maybe an ankle strap. But still, this is a really good look.  Also love Anne’s short hair. And notice the nail polish on her left index finder – it’s white while all the others are red. Is that hip? Or a little contrived? My first thought was hip so I’ll stick with that.