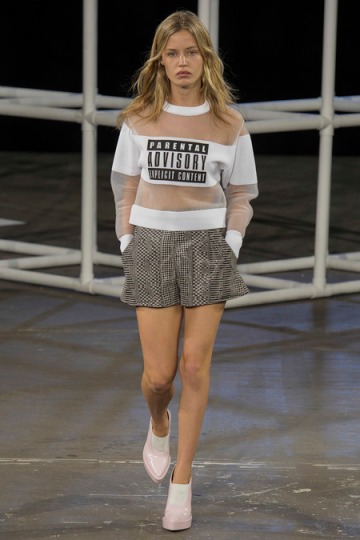 The designer who now brings us Balenciaga hasn’t lost his identity with his signature line. His spring collection was young and very New York. The collection had a casual street vibe while still being well made and interesting. The at-times overt and at-times subtle (and clever) branding on many of the pieces with his name is a departure for Wang but it’s likely to go over well with his many hip fans. So will the exposed midriffs, short skirts and “Explicit Content” shirts. These are clothes one will for sure see on the painfully cool fashion lovers at art galleries in Soho – and Wang knows it.