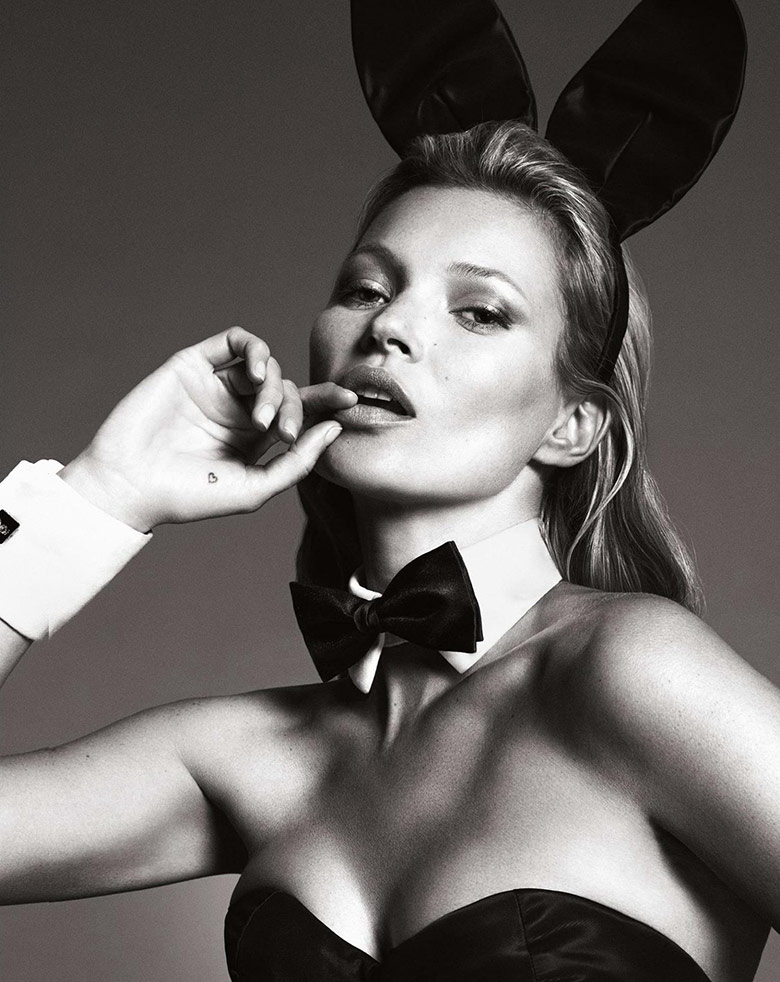 Kate Moss Is Fancy In Playboy & The Gays Will Love It

The photos from the highly anticipated 60 anniversary issue of Playboy featuring Kate Moss have finally hit the web and they don’t disappoint – the photos are chic, sexy and cool. Shot by well respected photographers Mert & Marcus, Moss wears the iconic Playboy bunny costume like no one has before. When it was first announced that Moss would pose for the special anniversary issue, some insiders were surprised but it was obvious that the highly buzzed about shoot would be of higher quality than what’s typically depicted in the long standing men’s magazine. And not surprisingly, the layout has an artistic quality that we’ve come to expect from fashion shoots involving the legendary supermodel.

I’m pretty sure Playboy is not a magazine many gays care about – in fact I’m totally positive. But I assure you, this particular issue will have many gays paying attention (except maybe the photos showing her boobs). We love supermodels and Moss is definitely considered one of the all time greats. With this latest editorial, she’s once again reminded the world why she’ll always be one of the best models ever, and her longevity and never ending coolness is more apparent than ever. Check more photos from the upcoming issue below.