The Supers Are Back. Cindy, Claudia And Naomi Reunite For Balmain

HOLY SHIT. Nothing makes me more excited than when my favourite supermodels from the 90s reunite. Thanks to Balmain creative director Olivier Rousteing, it’s happened once again for a fashion campaign dreams are made of – at least my dreams. Legendary supermodels Cindy Crawford, Claudia Schiffer and Naomi Campbell star in Balmain’s new Spring 2016 campaign and, of course, it’s incredible.

Today’s group of top models can bow down because all three women look better and more confident than ever and prove they’re irreplaceable when it comes to the modeling industry. Shot by Steven Klein, the black and white campaign is reminiscent of the unforgettable Versace campaigns in the 90s that covered my bedroom walls and junior high locker. It was a time when when supermodels ruled pop culture and became household names.

Rousteing is hugely popular and active on social media and with over two million followers on Instagram, he knows how to create hype like no other designer today. When he released photos of the new campaign along with some behind-the-scenes shots earlier this week, the shots quickly went viral and were reposted by the stars of the campaign along with some of today’s supermodels like Gigi Hadid. He included the caption “U made me love FASHION yesterday , U make me love FASHION today , and U re going to make me Love FASHION in the FUTURE #thankU” showing his love for all three women has lasted for years. Sound familiar? 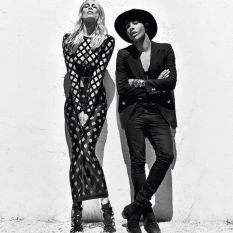 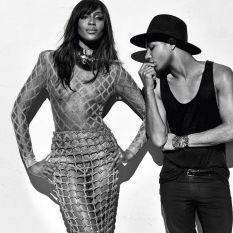 Rousteing talked to Vogue about how it was a dream come true (OBVIOUSLY) to have his three favourite models from the 90s appear in the campaign together, saying “I knew it was going to be something iconic that I would never forget.” Mission accomplished. Check out the amazing campaign photos (soon to cover my walls) below. 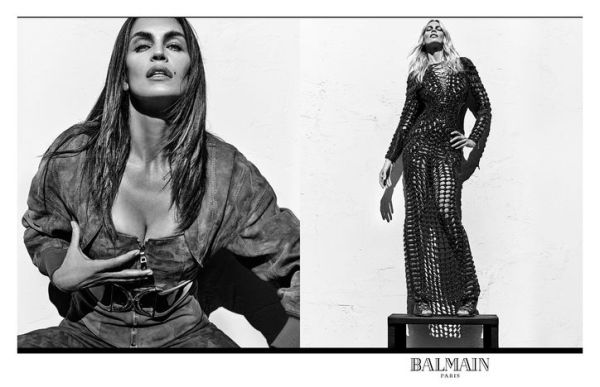 Thank you Olivier Rousteing. Because of this amazing campaign, I can honestly say 2016 is off to a damn good start. Nineties Supermodels FOREVA!